Bonus extra content this week for no particular reason...

I do sometimes like to doodle in front of a costume drama...

Oops - a day late due to, um, uselessness mainly...


Very much enjoying my grey Pentel colo(u)r brush pen that I got for Christmas (also enjoying the black but, blimey, the red and the blue are a bit bright).


Back at the beginning of November, Chiky won my "guess how many pens I have in my flat" competition and chose to have a page full of doodles from me as a prize. Now, a mere two and a half months later, I've finally drawn the bugger and, once the good people of both the Great British and the Colombian mail services have done their work, what you see below shall be his.

(At some point I might even send Faz his prize for the competition he won back in August 2008 too). 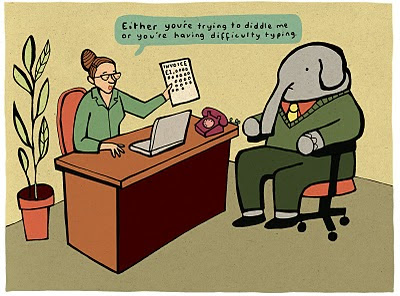 Oh, also, the wonderful Simone Lia, creator of the fabulous Fluffy, now has a blog, which can only be a good thing.


Updates are likely to be a bit bitty for the rest of January. I'm kind of between two houses at present: I'm more or less already moved in (with a young lady!) at a new residence but most of my stuff isn't moving until later in the month. So there are possessions to thin out a bit, some bits of furniture to sell or give away, and there are boxes to pack, move and unpack again and contents of boxes to find space for and move and rearrange and, you know, all of that stuff. In due course there may well be a number of new Ikea Billy bookcases to buy, assemble and fill.

I'm also trying to catch up a bit on Writing The Book (which ground to a bit of a halt over the festive season), looking forward to the release of the Good Dog, Bad Dog book on March 4th (now even cheaper to preorder on Amazon) and looking for new work while waiting to find out if I'll be drawing lots of small plastic toys in the year ahead.

So blogging may well remain in the backseat for a bit. But there's an interesting new pen that I got for Christmas so there'll be some interesting new sketchbook doodles to show eventually, honest.