There now follows a series of advertising announcements:

I will be attending the excellent Thought Bubble comics festival in the fine city of Leeds this weekend. Tomorrow I shall have the great honour of opening the golden envelope and announcing this year's winner of the Leeds Graphic Novel Award as won by my humble and astonished self last year. Then on Saturday and Sunday I will be generally knocking about including at some point spending some time at the Blank Slate table to sign copies of... 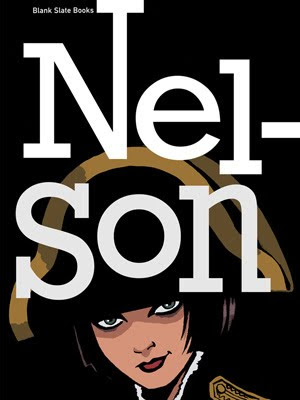 ... Nelson, the amazing, multi-authored story of one girl's life from birth in 1968 to the age of 43 now (deliberately making her the same age as Rob Davis, whose brainchild the whole mad enterprise was, accidentally also making her the same age as me). I still haven't read the whole thing (I'll be picking up my contributor's copy in Leeds) but as far as it had got when I contributed my four pages' worth it was amazing. Somehow, a mad folly that was always doomed to be a directionless mess and a mish mash has been expertly shepherded to completion by Rob and co-editor Woodrow Phoenix to produce a satisfying and complete tale. No mean feat with 54 (I think) contributors to deal with. An amazing, singular creation featuring so many fine names from the UK's rudely healthy comic talent that the rich whole can easily survive the dilution of my own modest chapter. Standout chapters for me include those by Simone Lia, Faz Choudhury, Roger Langridge, Warwick Johnson Cadwell and Paul Harrison-Davies. Oh, and Kate Brown. Her chapter's hilarious.

And as if that wasn't enough, profits from the first print run all go to homeless charity Shelter. So go buy one. Or several. If you happen to be in smelly London or Nottingham then I believe that both Gosh Comics and Page 45 are donating their part of sales to Shelter too. So hurrah for them! And hurrah for you if you buy a copy from either of those places. 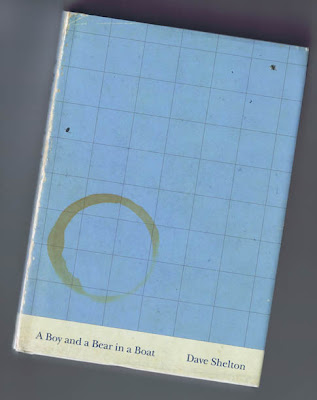 While I'm in a plugging kind of mode, I may as well remind you that my book, A Boy and a Bear in a Boat, is published by David Fickling Books on Jan 5th. I received advance copies a few weeks back (as I think I very briefly mentioned at the time) and I was really chuffed with how it's turned out. This is an unfamiliar feeling for me - mostly I look at work I've done and see only the faults and the things I could have done better but this time ... well, mostly I'm just proud. Which is nice.

I'm just in the process of arranging the launch event for that night. If you're reading this then you're almost certainly going to receive an invitation sometime in the next week or two. If you don't and you feel you should have then do drop me a line.

And finally, The Phoenix comic, also launching in January, has a special, free preview issue (Issue Zero, in fact) available by obtaining a code from the current issue of Waitrose Weekend. It's also now possible to sign up for subscriptions (a fine Christmas present, surely). For those of you that mourned the loss of the DFC, or for anyone with an interest in story-led, original comics for children that aren't tied to some dodgy licensed character, this is going to be a winner.

And now, we return you to your regular programming...

Ooh, blimey ... some preliminary scratchings there prior to my only ever dabbling (by request) in the realms of a vaguely manga style for a strip called "The Straw Billionaire" (written by then fellow MA student Sari Tanimura). It wound up being an awkward hybrid of a sub-manga style and a poor imitation of Jaime Hernandez as I remember it. Oh well, you live and learn.


All pictures go big if clickified.

Hmm ... two spreads with no pictures and one of them not even my writing (a fellow student from the MA course I was doing at the time wrote that second spread - all to do with some map-related project we were working on). Have some extra pages...

There, that's a bit better.